Who and What Changed Nick Nectarine?

Just a short while ago, a few guys in Fruitland were known as “the three bullies of Ocean Lane”: Benny Blueberry, Tommy Tomato, and Nick Nectarine. Peter Pineapple encouraging Benny and his singing skills thankfully transformed his life. Tommy Tomato finally graduated from Fruitland High School. (Neighbors believe that it took seven years.) Tommy’s parents rewarded him by sending him to live with his Uncle Theodore Tomato in Washington state. Uncle Teddy has a ranch, and everyone hoped that Tommy would learn to take good care of the animals. If not, he’d return in six months, which would give the neighborhood time to recuperate from Tommy’s lies and maddening ways. Nick’s conversion didn’t appear obvious, since only one person knew about it: Benny Blueberry.
As it turned out, beyond living three doors away on one of the most beautiful streets in Fruitland, Benny and Nick had more in common than anyone knew. Their parents’ wealth and investments seemed to be more important than their sons. When there was an opportunity for Mr. and Mrs. Barry Blueberry, Sr. and Mr. and Mrs. Noel Nectarine, Sr. to travel, they always took their other sons, their favorite sons. Barry Blueberry, Jr. and Noel Nectarine, Jr. had private tutors when their families traveled to Europe and other locations. Each time, Benny and Nick stayed home with their cranky nannies who allowed them to wander around Fruitland whenever they wanted. The only rule was being home at 11:00 p.m., a rather odd curfew for seventh graders.
One summer Friday evening, Benny chose to eat at Teddy’s Tacos, the same spot that he and Tommy used to frequent late at night. Teddy’s Tacos always closes at 11:00 p.m., and the staff recognizes Benny as a regular customer. In fact, they always remind him to leave in time for him to run home. This evening seemed to be just like the others Benny had spent at Teddy’s Tacos.
He went to the counter, ordered the daily special, paid for it, and sat back down to wait for the food to be delivered to his table. At the moment, no other customers waited for orders. Since a big-league basketball game kept the city occupied in the high school gym, the streets seemed deserted.
Benny hummed to himself for a few minutes. He dreamed about being a professional singer. Maybe his dad will let him get private lessons. His Uncle Brandon promised to talk with his brother when he returned from Italy. Uncle Brandon always kept his word, but Benny’s dad rarely did. These thoughts occupied Benny’s mind when his food was served and a rather strange figure sat down across from him.
“Hi, Benny! I’d love to join you. Would that be okay?” Nick Nectarine, whose face was quite bruised, shyly requested permission to join Benny.
“Oh, hi! Nick, I really didn’t see you come in. Yes, you can join me. Going to eat?”
“Yes, Benny! This is my favorite place. I come here a lot.”
Nick ordered the special and sat down across from Benny.
“Hey, Nick. It’s kind of late. Your parents don’t care that you’re out wandering the streets alone after dark?”
“Ha! My parents don’t care about me. Did you ever wonder why I have so many bruises on my face?”
“Well, Nick, I did. But we’ve never really talked longer than to say hi at school or in the neighborhood.”
After the waiter served Nick’s food, he began to describe life behind the doors of his home. His parents favored his brother Noel, Jr. He seemed to do everything right: perfect grades, body, and personality. Nick described himself as a poor student, someone with a short, lumpy body, and few friends. Actually, his only real friend is Tommy Tomato, who lives three doors away from him. Tommy is in high school, and he isn’t home a lot. He has a cool car, so he’s often out trying to find girls.
As Nick described his life, Benny nearly choked on his food. Their lives seemed to be mirror images. Truthfully, Benny felt ashamed to share personal experiences. At least his parents didn’t hit him. Instead, they bruised his ego. Benny chose to kept his family life private, but he did decide to befriend Nick.
When Teddy’s Tacos was preparing to close, the neighbors ran home together. After that, they began to meet at Teddy’s Tacos regularly. Benny realized that Nick truly needed a friend, something he needed, too.
Benny shared that his dad was allowing his uncle to take him to private singing lessons. Nick felt excited for him, and he encouraged Benny to practice singing whenever possible. Nick recognized Benny’s talent, although his parents could not be bothered with their son.
Nick and Benny became close. Unfortunately, they saw less of each other as Benny planned for his vinyl release. They still sent texts each morning, and they made certain that they checked in on each other before they went to bed.
The day of Benny’s Vinyl Release Party Nick positioned himself as the first one in line. He proudly wore his custom-made T-shirt: #NumberOneFanOf #Benny Blueberry. That day his face glowed; there were no bruises, only a joyful expression because his friend had reached his goal. Just like Benny’s song, friendship had changed Nick, too. 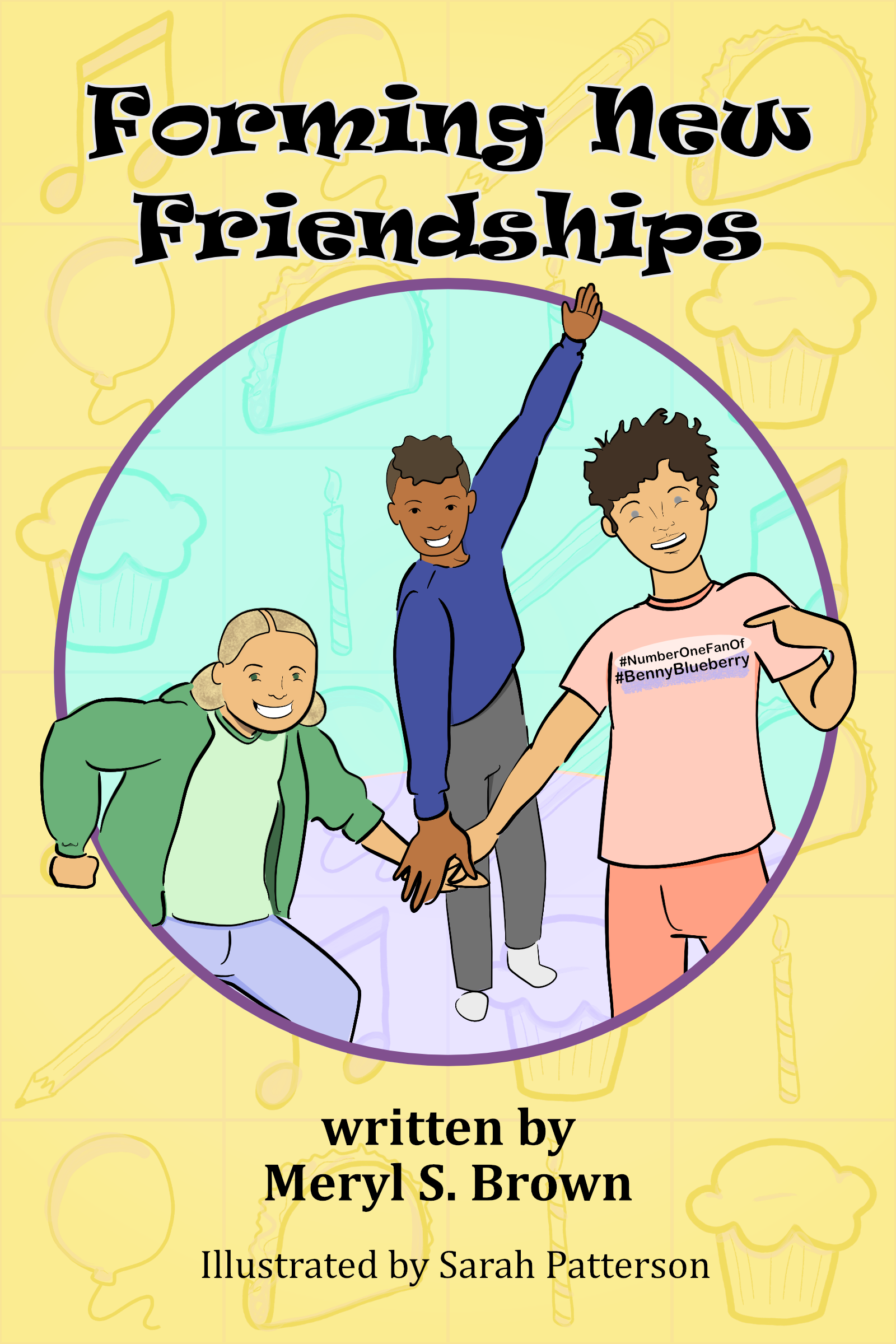